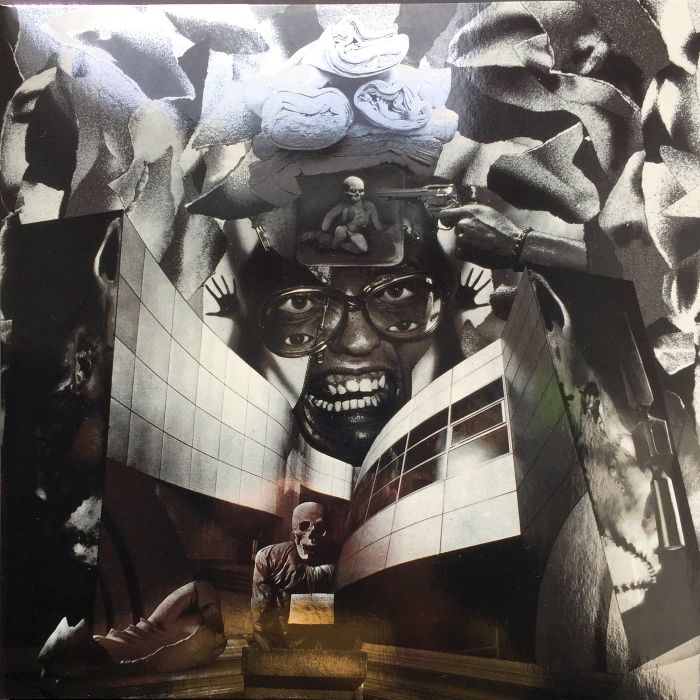 THIS PRE-ORDER WILL BE SENT ON NOVEMBER 25, 2020 if tee shirts are ready


This 1983 period in which Gyllensköld was recorded was a fantastic time for the evolution of Steven Stapleton’s audio art. His collaborations with Diana Rogerson, Robert Haigh (Sema), David Tibet, and Thirlwell around this time elicited some of the most exciting work Nurse With Wound had yet recorded. Listen to this material and compare it to Chance Meeting and it becomes clear that in just a few years, Stapleton’s art had grown by leaps and bounds. The production quality on these tracks is remarkable, and the widening out of the NWW soundworld opened up a whole new audio toybox that Stapleton has continued to experiment with up to today. This new sound encompasses vocal experiments, vintage LPs of easy listening music, demented nursery rhymes, lateral references to disposable pop music, avant-garde jazz and minimalistic piano composition, all glued together with evocative atmospheres redolent of things unholy, troubling and perverse, but always oddly indefinable and puzzlingly misshapen. In retrospect, Gyllensköld can be seen as the beginning of the “mature” period of NWW, and thus it is an indispensible release for fans of the project.

Perhaps influenced by the obsessions of his friend and collaborator Tibet, Stapleton also began weaving religious and occult references into his usual name-dropping of avant-garde artists and movements. The title of Gyllensköld was taken from an entry in dramatist August Strindberg’s Occult Diary, a volume which represents either the record of a great writer’s exploration of magic and mysticism, or the hallucinogenic scrawlings of a man in the grips of extreme paranoid psychosis, depending on your point of view. Similarly, NWW’s Gyllensköld comes across at times as the soundtrack to a schizoid episode: disembodied voices intoning nonsense, floating subliminally across the stereo channels, or cackling in evil delight. The sounds are denser here than on earlier works such as Homotopy To Marie. Areas of silence are mostly gone, replaced by layers of drone, cartoonish noises and mutated voices. “Several Odd Moments Prior to Lunch” opens the brief album, setting the stage with its lysergically altered vocals and a frightening, yawning chasm of haunted, spectral sound. Stapleton, Thirlwell, and company learned how to wield the studio like an instrument on these and other recordings of the period. Effects such as reverb, delay, ring modulation and backwards tracking are utilized to create evolving textures and darkly psychedelic dreamspaces.

“Phenomenon of Aquarium and Bearded Lady” utilizes a number of instruments, including horns and piano, to create a bizarre dislocated funeral dirge in which the sounds of a slowly cycling jack-in-the-box are not out of place. For fans of musicians like Jacques Berrocal, who prefer their free jazz with a heavy dose of whacked-out eccentricity, this is about as good as it gets. “Dirty Fingernails” is something else entirely, a longform exploration of outré textures, combining mysterious trebly noises with percussive bleeps of mysterious origin. It all comes across like the soundtrack to an alechemical ritual performed by rickety Victorian-era cyborgs in an abandoned subway tunnel at the end of time. In other words, prime Nurse With Wound territory.