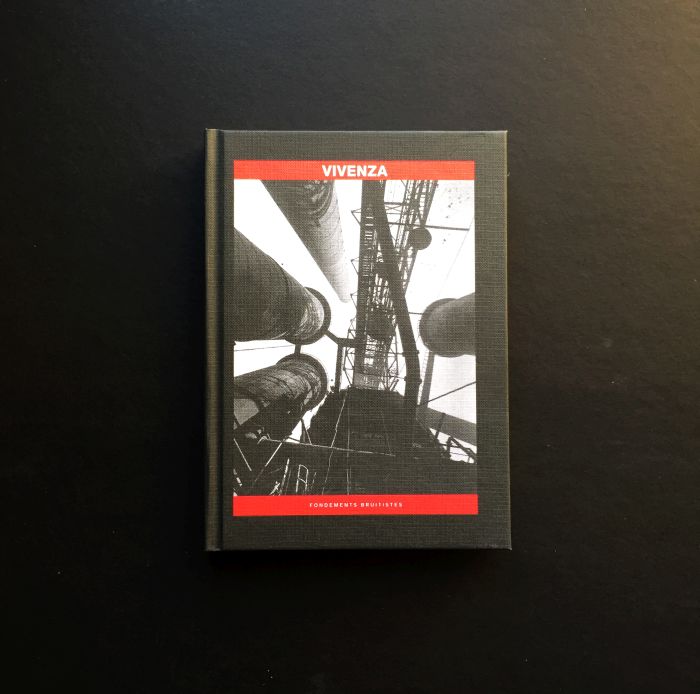 «Réalités servomécaniques» is an improved version faithful to the original recordings with visuals specially reworked, answering to a categorical assertion, theoricaly and practicaly on Vivenza’s bruitist point of view, who presents sounds, « noises », under their rawest and genuine aspect: sounds are machines / machines are sounds.

Thus Vivenza captured the essence of factories with a strong sense of austerity, radicality, verticality, including thick smokes and intense darkness of industrial landscapes, as « Réalités servomécaniques » directly refers to the triumph but also decline of heavy industries in the 80s. The mechanics, cogwheels, forges and machines smash us in the face in a radically powerful way, being at the same time under our eyes and inside us, at the heart of our selves, in an ultra realistic way while listening. We are then, with « Réalités servomécaniques », plunged in the midst of the machines, and in the machines, with a surprising and striking strength.

« Machines are sounds / sounds are machines! »