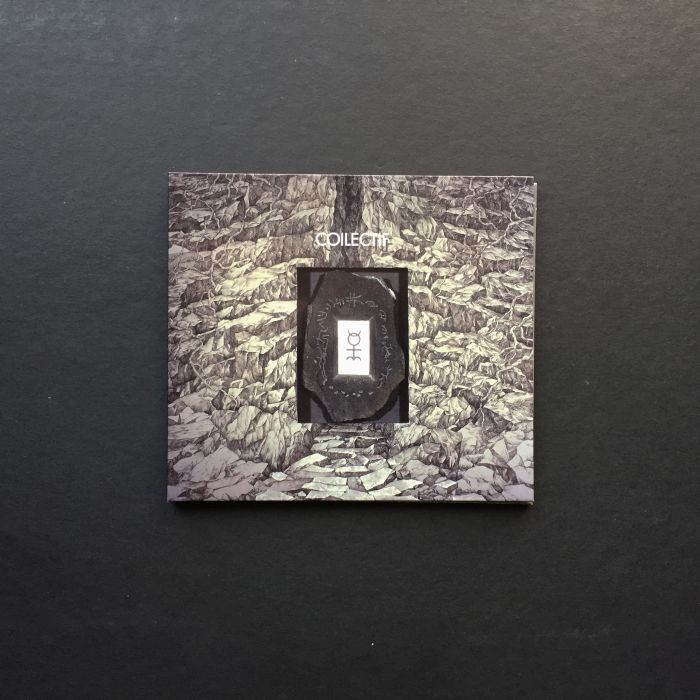 CD edition released on 13th Novmber 2006, anniversary of the disembodiment of john Balance founder of Coil, the 13th November 2004.
Homage by 17 french artists from the historic underground area.

17 french bands from the genesis of industrial, experimental, free jazz musics, for the most part unclassable underground musics, and more recent and emergent artists from the same vein, form COILECTIF.

These artists explore and express, openly and without limits, what Coil’s heritage suggests to them, an opportunity to make an homage to Geff Rushton aka John Balance or Jhon[n] who left us on November 13th 2004.

Coilectif is also an homage to all the musicians and illustrators Scherer & Ouporov participating to the project united for the first time in such an outline, where each one of them expresses what Coil’s universe evoques to him through lunar, astral and visionary excursions, keeping his own artistic identity.

It is not a compilation of remixes of Coil, nor a catalogue of tracks of these artists released before, but a genuine concept of creation in which this collective of artists homogenizes itself around a real artistic project. The 17 new tracks form an intimate, magnetic and timeless piece of work.

The vinyl edition come with quotations of various artists and with a text written for the project by the writer and philosopher Jean-Marc Vivenza called « méditation sur la mort ».