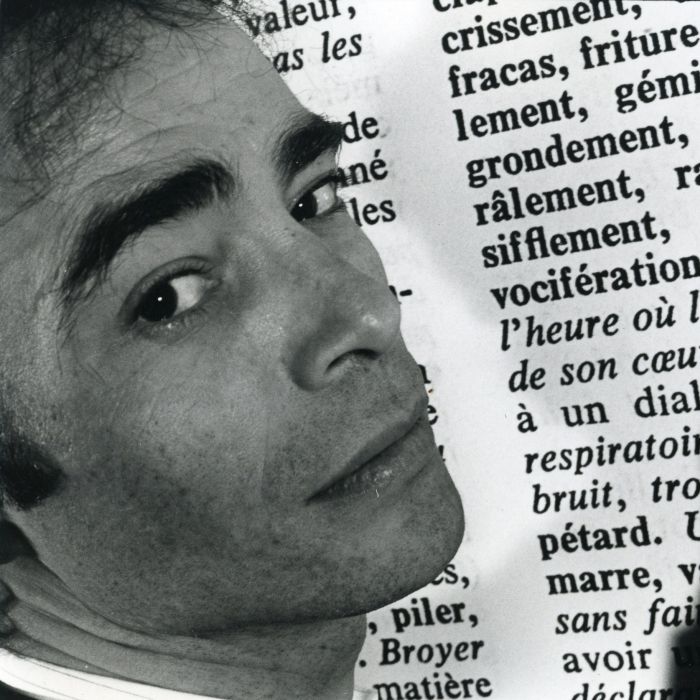 BERROCAL is Jac Berrocal, trumpet player, singer, performer, poet, at the cross-road between free jazz, punk and sonorous poetry, is a symbolic french figure of the international underground musical scene. His sensitive style, both tender and violent, is inimitable and unpredictable. At 11, in the most ancient cathedral of the world, he sings during the funeral service of an archbishop in front of thousands of people, and he’ll say later it was better than at the Olympia… He gets to know the trumpet during his military service, hears one day Ornette Coleman and Don Cherry play « Lonely Woman » and will be captivated. Jac didn’t stick to a particular style though, he was listening to a lot of different things. When free-jazz uprised, he was listening to tibetan music, and shift from Léo Ferré to Charles Mingus, from PiL to classical music, or from Suzy Solidor (more broadly speaking, songs from the 20s and 30s) to Stockhausen wasn’t a problem for him. But before all Jac admires Ornette Coleman, Don Cherry, Eric Dolphy, Albert Ayler, Anthony Braxton, Sun Ra, Cecil Taylor et Archie Shepp, to name but a few. At the beginning of the 70s, Jac discovers activist left-wing students had quite limited ideas on what music should be, as they stopped his performances after 2 minutes… At this time he created the Music Ensemble with Claude Parle and Roger Ferlet, also with his friend Michel Potage, a paintor, with whom he will create later some spectacles at the Museum of Modern Art.

Called by the sulfurous cymbals of Jacques Thollot, Dennis Charles, Jonathan Kane, Jaki Liebezeit (Can), Sunny Murray…, by the bass of Ron Anderson et Jesse Krakow (Marilyn Manson), Jac Berrocal met a pleiad of exceptional artists: from the black archangel of the 60s Vince Taylor to the poet Jacques Doyen; from post jazz to free rock (pak, MKB with the film director F J Ossang), from the electric Jean François Pauvros with whom he will create the group Catalogue at the end of the 70s with also Jean-Pierre Arnoux (replaced later by Gilbert Artman) – he will record with this group the very provocative track “Khomeiny Twist” (Hat Hut), from the urban conceptions of Gilbert Altman to the electro of Aki Onda; from the industrial group Nurse With Wound in England to the enraged James Chance from New York, including the queen of accordion Yvette Horner and the models of the designer Issey Miake… Can also be named Pierre Bastien, Lol Coxhill, Jeanne Moreau, Pierre Nicholas who accompanied Georges Brassens and Charles Trenet… Some women were also important to him, like Marie Möör, a friend singer author composer who helped him a lot, Armande Altaï who with ha worked on theatrical music as well as with Michel Potage.

He did surreal encounters, like with Roger Ferlet whom he met for the first time hitchhiking in Finland. « Where are you going? » « To the Arctic Circle » « Me too, the car’s fucked but get in ». Or with Vince Taylor, met in an antiques shop run by friends; when he heard his voice he knew it was the one he wanted for « Rock’n Roll station » he just finished to write. They recorded it in a 30s house in Paris, in which there was a bike hanging around. Jac proposed to use it, Vince said: « Great, it’s like a drum! »
Jac berrocal also starred in movies, such as Rouge Baiser by Véra Belmont then Le Miraculé and Agent Trouble by Jean-Pierre Mocky.

Jac Berrocal doesn’t define himself as a fringe artist, saying he’s never signed any paper stating it; according to him, the others are. Nevertheless he has incongruous ideas, like recording « Musiq Musik » in the church of Sens. Back then studio reverb cost a fortune, and Jac realised natural reverb was more beautiful, and cost nothing at all. The priest was very open-minded and curious and allowed them to record in his church. Michel Potage set up his mics on the crypt of the remains of two martyrs, Saint Savinien and Saint Potentien. The result: It wasn’t a jazz record, and it certainly wasn’t rock, and it didn’t have much to do with contemporary music either… perhaps the first avant garde world music record, or rather après garde!

Jac Berrocal recently released a 7” called « Marie-Antoinette is not dead » with Jack Belsen and the singer Marie France, with the label Rotorelief. Normal for him to push to the front of the stage again another figure he admires, the Queen who invited for the first time a black person, Saint Georges, to play harpsichord at the royal Court: the first jazz gig of humanity? Jac Berrocal is very keen on History, he could as well have been an historian.
We could also hear him on the last album of Christophe « « Aimer ce que nous sommes » with amongst others the famous french actress Isabelle Adjani.

About the « man with the broken trumpet » Fernando Arrabal will say « Musique Panique ».